​
The Butler Bulldogs needed a strong response after getting upset by Indiana State in Terre Haute earlier this week. They delivered. Butler knocked of a tough Cincinnati squad 75-65 behind a team high 20 points from Kelan Martin, who was dropped from the starting lineup in favor of redshirt freshman Sean McDermott. The Bulldogs also got 12 points, 5 assists, and 4 rebounds from senior Andrew Chrabascz.

This was Butler's best performance yet
On paper this wasn't Butler's best win. Their neutral win against Arizona and road win against Utah were both better victories. But Cincinnati came into Hinkle Fieldhouse and played better than anyone the Bulldogs have seen so far this season. Butler...
Continue...
Press Conference: Butler Tops Cincinnati
0 920 by Jared Grubbs : Dec 11, 2016 at 12:02 AM
Continue...
Highlight Video: Cooper Neese Drops 45
0 967 by Jared Grubbs : Dec 9, 2016 at 11:39 PM
Continue...
Instant Analysis: Hot Shooting Leads Butler Past Norfolk State
0 886 by Jared Grubbs : Nov 21, 2016 at 11:33 PM
The Bulldogs took care of business Monday night with a convincing 91-55 win over Norfolk State. Nate Fowler led all scorers with a career high 17 points and 7 rebounds in 18 minutes. Avery Woodson hit 5 3s for 15 points while Martin and Chrabascz had 11 points each. Tyler Lewis dished out 8 assists in the win.

Butler Continues To Force Turnovers
Butler came into today's game 9th in the nation in forcing turnovers. Opponents turned the ball over on 26.1% of their possessions. That number will drop a little because the Bulldogs' bench got a lot of minutes and didn't force turnovers like the regulars did, but overall Butler still caused Norfolk State to have 15 turnovers on the night. After a down defensive year last...
Continue...
Butler Dominates Bucknell: Instant Analysis
0 757 by Jared Grubbs : Nov 19, 2016 at 11:44 PM 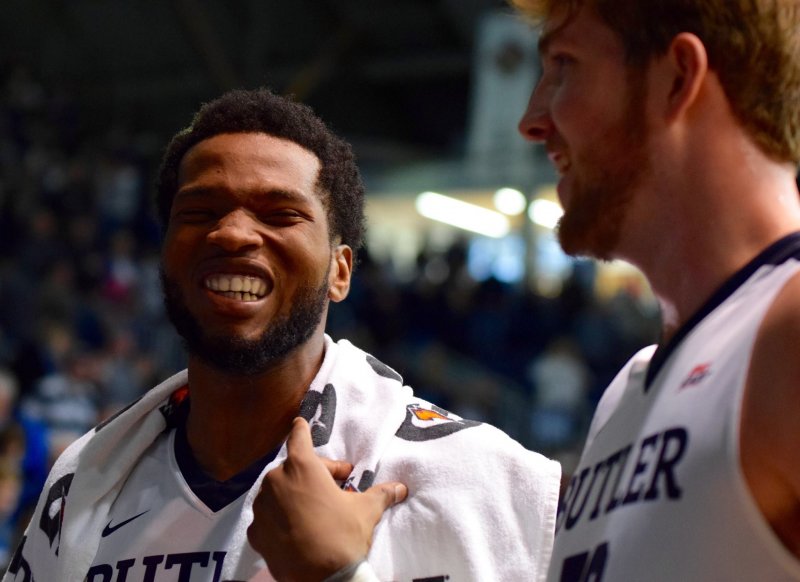